How to Assemble a Wheel End 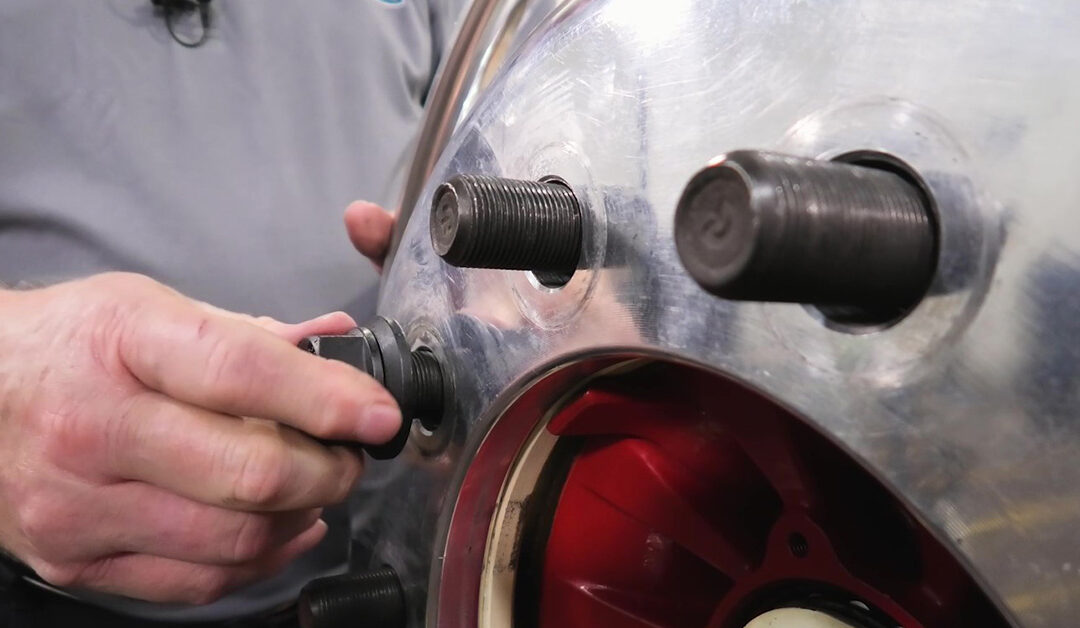 Hi, I’m John Otto, I’m category manager at Parts for Truck specializing in wheel end systems. We’ve been discussing the hub piloted system both the eight-hole in the ten hole. We have a ten-hole wheel end sample here and we’re at the final stage.

We’re ready to put it together. You’re going to hand tighten the nuts after you put a couple drops of oil on the tip of the stud and a couple drops of oil, 30 weight oil between the flange and the nut body. We’re going to turn them in hand, tight or with a small impact gun up to about 50 foot-pounds. Then, with an impact gun, we’re going to take them to 50% – 80% of the recommended torque value, which the range is 450 to 500 foot-pounds. Each individual fleet, or customer or truck driver may determine that they want to use 450, they want to set everything at 475. I know of some that will want to take it right to 500.

So you’ve taken it to 50% between 50 and 80% of that torque value. With the impact gun, you do not do the final torque with an impact gun you, do your final torque with a properly maintained and calibrated torque wrench. So we’ve taken it that far. The vehicle goes out and runs 50 to 100 miles. We want to bring it back in and re-torque it. Why? Because the stack could have settled. Why could it have settled?  Could be debris in here and behind the hub and the drum itself that you missed could be a little bit of paint build up.

One of the things that may happen with clamping force, which keeps the wheels on, is that the torque may value may be retained, but the wheels can still come loose. That’s because something has shifted back in here.

That’s why it’s important to understand getting the clamping force right. It’s clamping force. The torque is that is strictly the twisting of this nut around the center point of the stud. That’s what torque is. Once you have everything torqued up and you’ve done your inspection, your re-torque, one very important thing that must be looked at, every thread of that stud and nut must be fully engaged. A half a dozen could be a dozen threads as long as every thread of that nut is engaged, It’s proper if that stud sits inside that nut that is not proper. There is a shallower nut available should you not be able to engage them all.

And why would you not be able to engage? Perhaps you changed the wheels,  you’ve changed from steel wheels to aluminum wheels, which are thicker  and use up more of the stud. But it is extremely important that  every thread of that nut be fully engaged.

Thank you for joining us in the stage where we discussed the final stage of putting the wheel and assembly back together, torquing it, re-torquing it, discussing clamp force and how it is clamp force along with torque that keeps the wheel assembly together. Should you have any questions, please reach out to our branches or check us out at www.partsfortrucks.com