Take your Hub-Piloted Wheel End from Good to GREAT 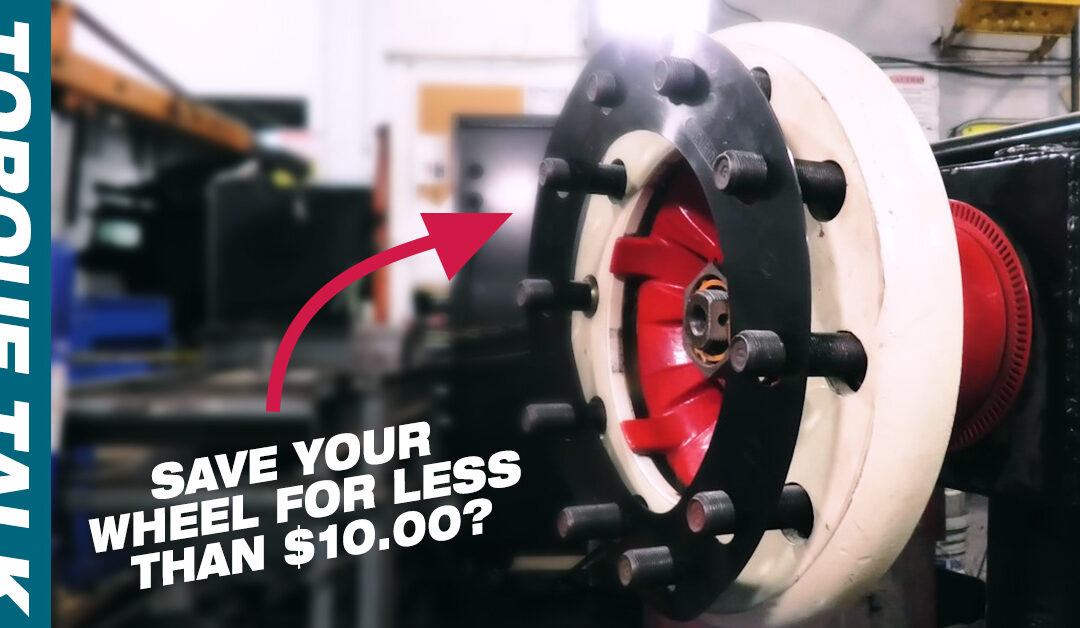 Take your Hub-Piloted Wheel End from Good to GREAT

Hi, I’m John Otto. I’m category manager at Parts for Trucks, specializing in Wheel End Systems. We’re going to talk about some nuances with the Hub pilot system. Every one of the systems, the spoke wheel system, the ball seat mount system and the Hub pilot all had nuances. They all where there is a loss of tolerances within some of the components. So it is going to happen over time. The case of a hub pilot wheel, because you have a right-hand thread on the right-hand side of the vehicle tends to want to move off, whereas in a ball seat, it’s got a left-hand nut.

So there are some solutions that have come to develop over the years. And the first one is known as the wheel check. Now, this is an indicator only that the nut as move. It will tell you if a nut has loosened. So if a nut is loosened, it’s backed off, it may turn like that. That’s all it will tell you is that nut is already loosened.

This is known as a safety lock. And once again, it cannot be re-torqued when it’s installed. This is known as a Zafety Lug Lock developed in Canada. Used all over the world, used by many fleets in Atlantic Canada and Ontario. It basically provides a resistance between the two nuts to prevent them from moving. It ties one nut to the other. So it is stopping the movement. They are very, very effective in preventing that nut from moving. And remember, you can re-torque that nut with them on. You don’t need to tie this one to this one. You can strictly tie these to these two. Sometimes you do see it this way. Great product.

Every time you torque a wheel, you stretch that stud. Sooner or later, because that’s been on and off and torque so many times it can develop cracks. That’s one of the reasons they crack. There’s a point where it’s going to break. This can help measure it. It just sits strictly down on the teeth like that. And you can have a look One of the other nuances with the hub pilot wheel system is the loss of tolerances in the hub.

And you get a shimmy of vibration and in many people think it’s the tire or the wheels bent. Sometimes you can take it away with a skirt nut or a sleeve nut. These are skirt nuts or sleeve nuts. This was the original one, and it’s a 6mm. It’s just got a little collar was developed in Canada there’s a large Atlantic Canadian fleet that I believe used three on a wheel and took a shimmy out of the front end of most of their vehicles.

What it does is the hole in the bolt hole and the wheel is slightly larger than that M22 stud and this slides on and helps center that wheel on that stud. Now we’re saying it’s a hub pilot system. It is. But as I’ve said, a loss of tolerance. This will help to clear up some of that tolerance.

So that’s a six mil that’ll just sit inside and do in the center that one. So you 2, 4. You don’t need one in every spot, but they do work. These are longer ones. This you would use with dual aluminum. In this one you could use with dual steel or an aluminum front. So there’s different lengths. The six mil was developed in Canada and then the other ones were developed subsequently.

There are times when you want, as you install the wheel and the drum that you struggle to get the wheel centered. These are wheel centering pins and they’re threaded. They just don’t slide on. There are some that slide on these ones thread on the metric stud and allows you to properly center that wheel as you slide it on.

Typically you use a set of three. You’d set them in the appropriate positions around the wheel and you can remove them very easily. There’s a hex on there and it just helps you pilot that that wheel in. You may have a dual load here. It’s just another feature of help for installation going, you know, in centering is possibly there’s a loss of tolerance and a lot of people get concerned because their space here and you have to remind them that it’s a pilot system it’s piloting on those pads back inside the package But sometimes this calms them and gives them a good idea and helps them realize the center.

And then you may add a sleeve or a skirt nut opposite it as you put it together and then, you know, you’ve got it centered properly. So these are available they’re available in a couple of different lengths. A valuable little tool for every technician to have. I’ve had numerous calls over the years, “but the hole in my brake drum is bigger than the stud.”

Well, that was because it was a hub pilot system. But it is possible that if the wheel assembly, the stack was to come loose and you had a severe braking incident, that you could have brake shear. Other words that the drum, the brake would grab and shear the studs. I’ve not heard of it, but it is a possibility.

So there are some products developed and we’ll show them here. This is a drum spacer. So basically it just slides on over the stud and takes up that space here in the drum hole, in the hole of the drum between the drum and the stud. They come in a couple of different sizes the front there’s a set of six.

So you put three on a wheel. The drives and duals, set of ten, I believe. So it’s called a drum spacer, different sizes different thicknesses. Heights this way for the different thicknesses of the disc of the drum. So this drum spacer, it help center that the drum. This is an internal sleeve, a portion of it centers the drum and a portion of it centers the wheel handy little devices that have been developed because of the nuances in the system, because of loss of tolerance.

This is a wheel guard wheel guards have been around for a number of years. They started or were first developed for the ball seat mount, ten-hole hub-pilot wheels. They’re available for different sizes, 8-hole, 10-hole. There’s even some 8-hole for smaller vehicles. This happens to be the normal one for the ten-hole hub-pilot. Not quite sure the material, some form of plastic will withstand heat up to 475 degrees.

It does work very well at preventing corrosion. It can prevent pitting of the wheel, which can affect the clamping force of the of the stack in putting the assembly together. So these are very important and really should be used every time except in high heat applications. Such as refuge trucks, fire trucks, transit busses, a lot of stop-and-go high heat situations where if they were to be used and they melt, you would lose clamping force and possibly the wheels would come loose.

Thank you for joining us for the session where we discuss the nuances of the hub piloted system, the little intricacies and problems that will pop up and the solutions that are available to correct those problems. If should you have any questions, please contact one of our branches or check us out a www.partsfortrucks.com.